Here are the key 2022 election results from Kansas

Some counties may choose to open polls earlier and close later. If you are still waiting in line at closing time, you have a right to cast a ballot — stay in line!

Find your polling place and sample ballot at the Kansas Secretary of State’s website.

Want more info on how to vote and what's on your ballot? Check out this Kansas election guide from KCUR. (En español.)

The biggest election in Kansas this year is the governor's race between incumbent Democrat Laura Kelly and Republican challenger Derek Schmidt. There's also a major constitutional amendment ballot issue, proposed by Republicans in the Kansas Legislature, that would limit the governor's regulatory power.

For U.S. Senate, Republican Sen. Jerry Moran is running for reelection against Democrat Mark Holland. And every U.S. House seat is up for a vote, with new lines and voters thanks to redistricting.

Kansas will elect statewide offices from treasurer to secretary of state. KCUR is paying close attention to the Kansas Attorney General's race between Democrat Chris Mann and Republican Kris Kobach, who's attempting a political comeback.

Don't forget about judges: You'll see a number of names up for retention votes on your ballot, including six of seven justices on the Kansas Supreme Court — which could determine how far lawmakers could go to restrict abortion rights under the Kansas Constitution. Here's a guide to making an informed decision when voting for judges.

An important note: Results may take a while to come in, and races may not be decided on election night. Be cautious about claims of fraud – documented cases of voter fraud are extremely rare and limited in scope. 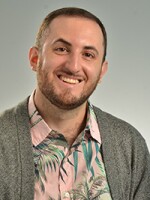 Gabe Rosenberg
As KCUR’s Audience Editor, I ask the questions: What do people need from us, and how can we best deliver it? I work across departments and projects to ensure our entire community is represented in and best served by our journalism. I help lead KCUR’s digital efforts to make our station more responsive, more competitive and more engaging. Contact me at gabe@kcur.org.
See stories by Gabe Rosenberg

Daniel Wheaton
Daniel Wheaton is the data journalist for the Midwest Newsroom. Wheaton is based at Nebraska Public Media in Lincoln, Nebraska, and can be reached at dwheaton@nebraskapublicmedia.org
See stories by Daniel Wheaton